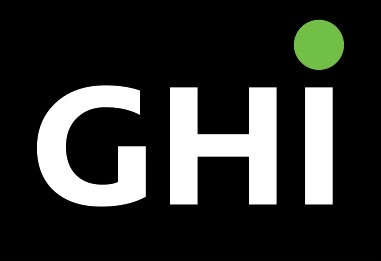 Will Canada extend remote work past the pandemic? Here’s what the workforce expects.

Several months into the pandemic, some of the Canadian workforce’s concerns around remote work – as well as being in the physical workplace – appear to be dissipating.

LinkedIn’s latest Workforce Confidence Index report, which is based on a survey of over 900 members from September 7 to 20, reveals how the worries of those who are working remotely or operating in physical workspaces have evolved since the pandemic began – as well as what Canadians expect their work setup to look like once the pandemic is over.

Starting with some good news on remote work:

Among Canada’s remote and partially remote workforce over COVID-19, unease around a lack of productivity or focus appears to have diminished. As the great work-from-home experiment settles into a routine, only 19% say they are currently concerned about achieving less at their jobs while remote, with 20% saying that they used to have that concern (but don’t anymore) and 61% say they’ve never had it at all.

And while a quarter still struggle to focus on work while remote, some 21% of respondents say they have overcome that worry, and it has yet to be an issue for a small majority (56%).

Many remote employees have also made progress on their work set up, which considers things like physical workspace, materials, and technology. The split here is even: 24% say their concern over this is gone, but it remains a source of consternation for another 24%.

A majority (61%) also say they have never worried about stalling their career progression while remote, with 12% saying they are no longer worried about it and just over a quarter (27%) saying it’s still a concern.

Some concerns remain pressing for the remote workforce:

About a third (32%) continue to say they work longer hours, and 27% still face challenges communicating with colleagues and customers.

What about working at the office?

For those who have been working at a physical workplace such as an office, school or store recently, the most common ongoing concern by far remains exposure to others who do not take safety guidelines seriously, just as it was when we asked about the prospect of returning to work in June and July. Some 41% of those working onsite continue to cite anxiety around this, with 14% saying they have overcome the concern.

Relatedly, a quarter of respondents cited worries about attending meetings and other public/shared spaces where large groups of people congregate, with 16% saying that concern is in the past.

Which onsite worries are fading? Some 21% of workers say they used to but no longer have concerns that their workplace safety guidelines and precautions are unclear or non-existent, while 19% say they no longer worry about working in close proximity with other colleagues or customers.

Inadequate cleaning/sanitization remains a challenge for 24% of workers, but 15% say it’s no longer an issue, while 13% say they are no longer concerned about a lack of access to protective tools and equipment like masks and hand sanitizer.

Then there are the workplace concerns that have made almost no progress: inadequate sick leave and the commute to work. Over one in five respondents (22%) said their employers’ policies around sick leave and remote work were not supportive, with just 7% saying that concern had gone away. Meanwhile, for those concerned about the commute to work, little has changed: 13% say it’s a concern now, and just 6% say they used to worry about it but no longer do.

So, with at least some level of concern on both sides, what does the future hold for remote or onsite work?

A majority (55%) of Canadians expect their employers to keep at least some of their workforce remote in a substantial way after the pandemic is over. Among them, the biggest group – 43% – are anticipating a hybrid model of fully remote workers and staff who come into a workplace several times a week. Some 10% expect the vast majority of the workplace to be fully remote and another 3% in this camp expect there to be no physical workspace at all at their company.

On the other side of the spectrum, 22% say they expect most employees will be onsite for a majority of the time after the pandemic, and 17% expect all staff to be onsite five days a week.

What else is going on with Canada’s workforce?

LinkedIn’s Workforce Confidence Index is based on a quantitative online survey that is distributed to members via email every two weeks. Roughly 1,000+ Canada-based members respond each wave. Members are randomly sampled and must be opted into research to participate. Students, stay-at-home partners & retirees are excluded from analysis so we’re able to get an accurate representation of those currently active in the workforce. We analyze data in aggregate and will always respect member privacy.

Data is weighted by engagement level, to ensure fair representation of various activity levels on the platform. The results represent the world as seen through the lens of LinkedIn’s membership; variances between LinkedIn’s membership & overall market population are not accounted for. Confidence index scores are calculated by assigning each respondent a score (-100, -50, 0, 50, 100) based on how much they agree or disagree with each of three statements, and then finding the composite average score across all statements. Scores are averaged across two waves of data collection to ensure an accurate trend reading. The three statements are: [Job Security] I feel confident about my ability to get or hold onto a job right now; [Finances] I feel confident about my ability to improve my financial situation in the next 6 months; [Career] I feel confident about my ability to progress in my career in the next year.

Neil Basu and Alexandra Gunther from LinkedIn Market Research contributed to this article.

GHi is a an organization having affiliate Business Adviser and Chartered Accountant operating with dedication and commitment. We have one aim Quality and Total Client Satisfaction.